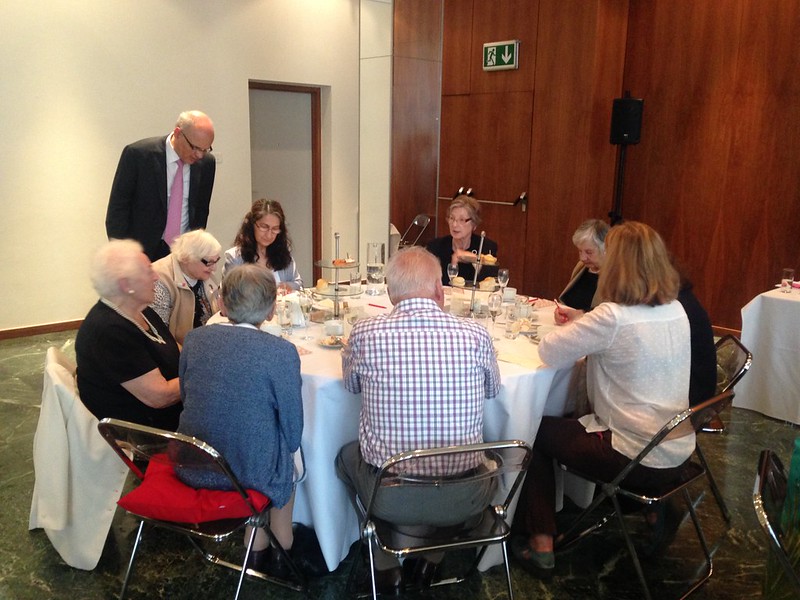 On 17 June the Swiss Benevolent Society (SBS) hosted its Annual Senior Citizens’ Tea Party at the Swiss Embassy in London. This event is gaining in popularity every year with now over 50 guests attending. Brief welcomes were extended by Ambassador H.E. Dominik Furgler. He introduced the new SBS Chairman, Suzanne Egloff who at the recent Society’s Board Meeting was duly elected following the retirement of Alan Martin who served the Society over 12 years. At the same time he thanked Mr Martin for his tremendous commitment to the Society. Mrs Egloff explained the various ways in which the UK Society helps the Swiss expat community. The principal aim of the Society is to enhance the quality of life of fellow Swiss, old and young, from all walks of life, who are experiencing difficulties. It supports and informs its compatriots about issues of concern and interests through the work of its Welfare Officer and public seminars.

The Society’s Welfare Officer, Petra Kehr-Cocks, was on hand to revitalise existing contacts and to make new acquaintances. In addition, representatives of the Consulate were also in attendance to address any formal issues, as were also some of the charity’s trustees.

After a toast to the birthday guests with sparkling Swiss wine everyone tucked into sandwiches and scones. This was followed by a quiz and a session of bingo. The party closed with a sing-along of a selection of popular Swiss songs and on leaving each guest received a bag of Swiss “goodies”. A wonderful time was had by all.